Elten Kiene and Sjaan Flikweert chat about poetry, place and belonging with the people who helped them create Streets of Poetry for MINDSCAPES. Whilst creating their new projects, our MINDSCAPES commissioned artists worked with individuals and communities from across Manchester who have deep personal or professional knowledge of the relationship between mental health and the places they live. Working with Young Identity, Elten and Sjaan created new poems with people who had experienced migration to Manchester and who live in Moston.

Elten & Sjaan chat with with Manchester-based poet Ella Otomewo, along with Moston & Hapurhey resident Mohammed Abdulkarim about their poems which will be based on the streets of Moston, Hapurhey and Manchester City Centre.

Elten Kiene is a writer and performer from The Netherlands. He has performed numerous times on numerous stages throughout the Netherlands. Elten is a salesman who deals in words and language. He is also one of the hardest working men in Dutch literature and spoken word. If he’s not performing himself, he is active in organisations such as Woorden worden zinnen or Next Generation Speaks. His work can be defined by his social awareness, already the case when he was part of hip hop group Brandwerk. Nowadays, Elten is also a teacher in a youth penitentiary. Elten believes that words and personal expression might be the most powerful weapons a person can possess.

Sjaan Flikweert is an interdisciplinary artist whose work combines poetry, performance, video and installations. Her work places centre stage the things that are usually pushed to the edges and cast out. Her work is raw, honest and very physical. She is published in 2019 in the anthology “Hard op” and in 2020 published a poetry book called “ergens thuis en de ruimte ertussen”. She is currently working on two audiovisual poetry videos’, creating two plays for children and working on an installation as well as freelance writing and performing.

Elten and Sjaan have been working with Manchester-based Young Identity. 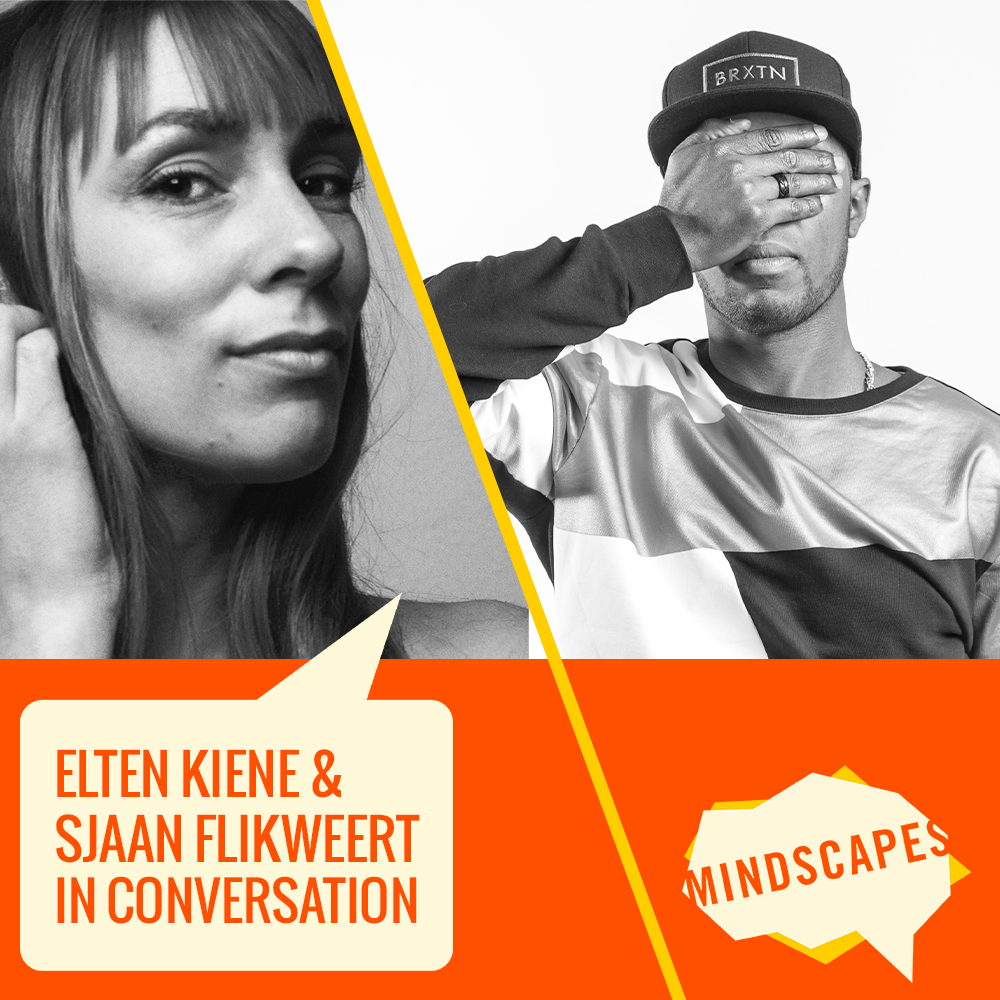