THE GREAT DEBATE: MIND AND THE CITY

ACCESSIBILITY:   THIS EVENT WILL BE SUPPORTED WITH BSL INTERPRETATION

THIS EVENT IS FREE TO ATTEND BUT YOU’LL NEED TO BOOK IN ADVANCE.

Mental health and wellbeing in the built environment.

How come the most densely populated areas in the world are also some of the loneliest? What makes cities so exciting and liveable, yet for some so unforgiving? Cities are associated with higher rates of most mental health problems compared to rural areas: an almost 40% higher risk of depression, over 20% more anxiety, and double the risk of schizophrenia, in addition to more loneliness, isolation and stress – yet all over the world we flock to them in ever greater numbers.

All this was true before we had ever heard of COVID-19, which brought further stresses in forms that included social isolation, digital exclusion, domestic violence, lack of community resilience and threatened livelihoods.

Can we design our cities to make them more supportive of people and conducive to mental health and wellbeing? What part do residents and communities play in co-designing new solutions?

This is what we are discussing at the UK’s public debate about design and society, an event that’s taken place in Manchester every year since 2013 until COVID struck.

On 20 April 2021 Design Manchester will be holding their delayed seventh Great Debate as a virtual Zoom event, in partnership with SICK! Festival and Kunstinstituut Melly in Rotterdam.

On 22 – 23 April 2021, we will also be holding the online conference MINDSCAPES, in partnership with Kunstinstituut Melly in Rotterdam.

The debate will be chaired by Design Manchester’s Kasper de Graaf.

FIND OUT ABOUT THE FULL MINDSCAPES PROGRAMME 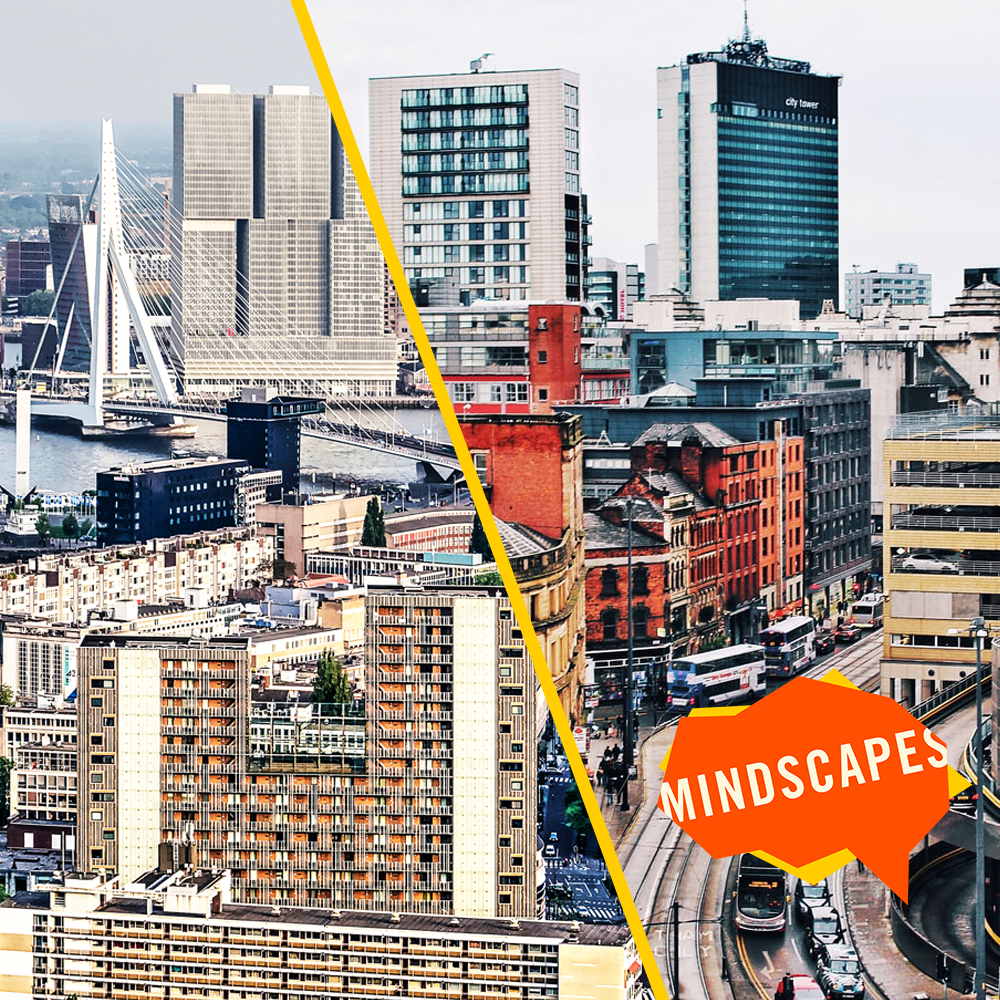