IN PARTNERSHIP WITH YOUNG IDENTITY

SEE BELOW FOR ACCESSIBILITY
FREE

Imagine if your streets could talk. Imagine if the pavements where we walk every day could tell you the stories of people who live here and who have travelled across the world to be there.

In partnership with poetry organisation, Young Identity, we worked with Dutch poets Elten Kiene and Sjaan Flikweert, and Manchester-based poets Saf Elsenossi and Ella Otomewo. They collaborated with a group of individuals who had all experienced migration, coming to live in the communities of Moston and Harpurhey. The poems they created reflect how they see their local area and the feelings stirred by the places they live. Visual artist Jess Loveday has transformed these poems into beautiful designs which will appear on the pavements of Moston & Harpurhey.

What stories would your streets tell?

Elten Kiene is a writer and performer well known on stages throughout The Netherlands. A former member of the hip hop group Brandwerk, he’s an active participant in organisations focusing on Dutch literature and spoken word, such as Woorden wooden zinnia and Next Generation. His work is socially aware and he believes words to be the most powerful weapon a person can possess.

Sjaan Flikweert’s work combines poetry, performance, video and installations. Her raw, honest, physical work puts at the centre of the stage that which is too often pushed to the sides. A published poet, she also creates plays for children.

ACCESSIBILITY
The poems created in this project are presented on the streets of Moston and Harpurhey. You do not have to see all the poems but can use the map to find them. The majority of the poems have been placed in accessible locations, however some sections may be difficult for people with limited mobility. 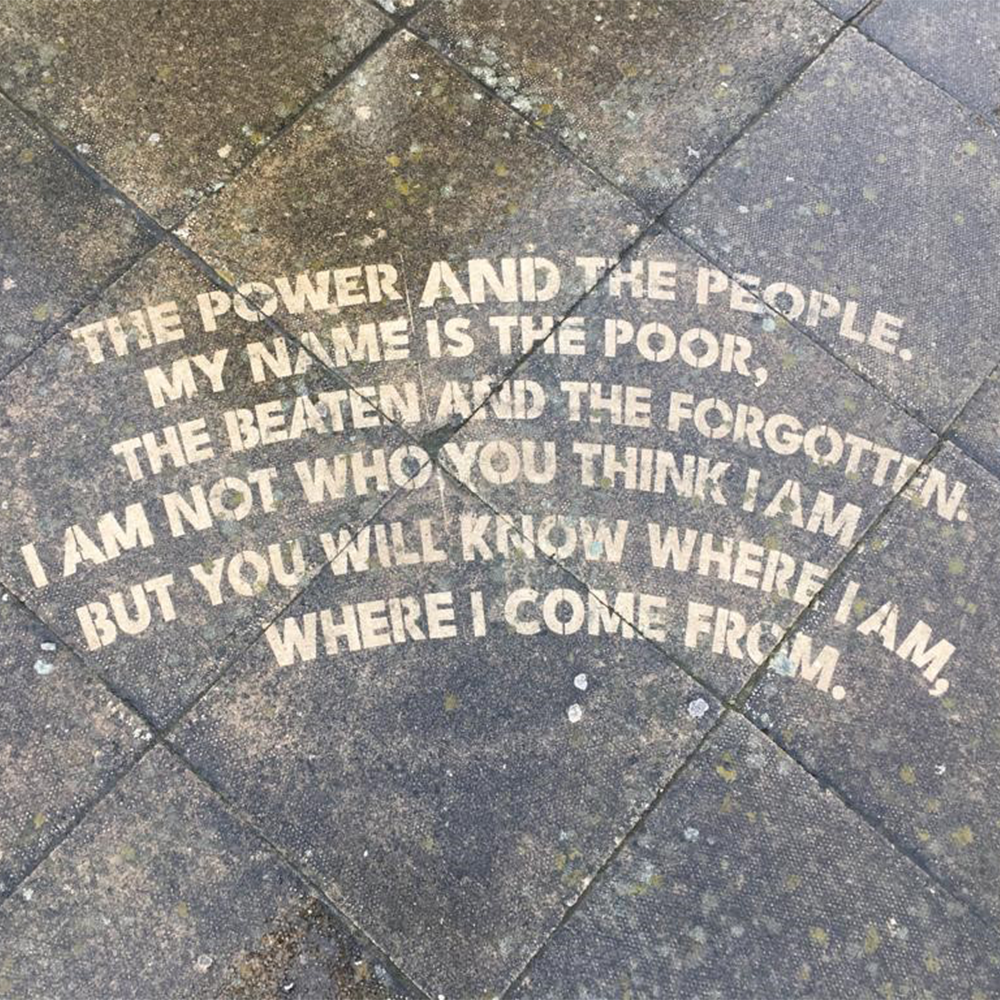