12/03/15 – THE WHITWORTH, MANCHESTER
PRESENTED AS SUITABLE FOR DEAF AND HARD OF HEARING

First presented at Art Unlimited at Art Basel 37, Switzerland, in 2006, the performance-installation Laughing Hole is La Ribot’s most overtly political piece. Now reworked to confront the themes of sexuality, abuse and suicide, this 6 hour durational performance will fill Whitworth Art Gallery’s Grand Hall. Wracked with hauntingly continuous laugher, at times convulsive, at times forced, three female performers sort through hundreds of cardboard placards littering the floor of the performance space. Disjointed, confrontational and provocative, these rough placards are taped to the walls, shouting out a visceral and incoherent rage. As fatigue takes over, the laughter is amplified, resonating through architecture and intensifying the piece’s already conflicted atmosphere.

Performer, choreographer ad visual artist La Ribot was born in Madrid. Her work has been presented in many theatres, art centers, galleries and museums around the  world. Her first work as La Ribot was the humorous “striptease” Socorro! Gloria!, which inspired her 1994 solo series 13 piezasdistinguidas and the subsequent Distinguished Pieces series. In 2000 La Ribot began experimenting with videomaking, in particular, hand-held video shot from the point of view of the performer. Since 2000 she has developed numerous ambitious projects, stretching the limits of performance in scale, complexity and intensity. In 2012 she completed EEEXEEECUUUUTIOOOOONS!!! a major choreographic commission for the Ballet de Lorraine in France. She continues to develop and present work across the globe.

‘It is difficult to describe an hour in the company of this performance artist (…) La Ribot has the ability to take herself and her audience on a whistle-stop journey of passion, loathing, love and obsession.’ London Fringe 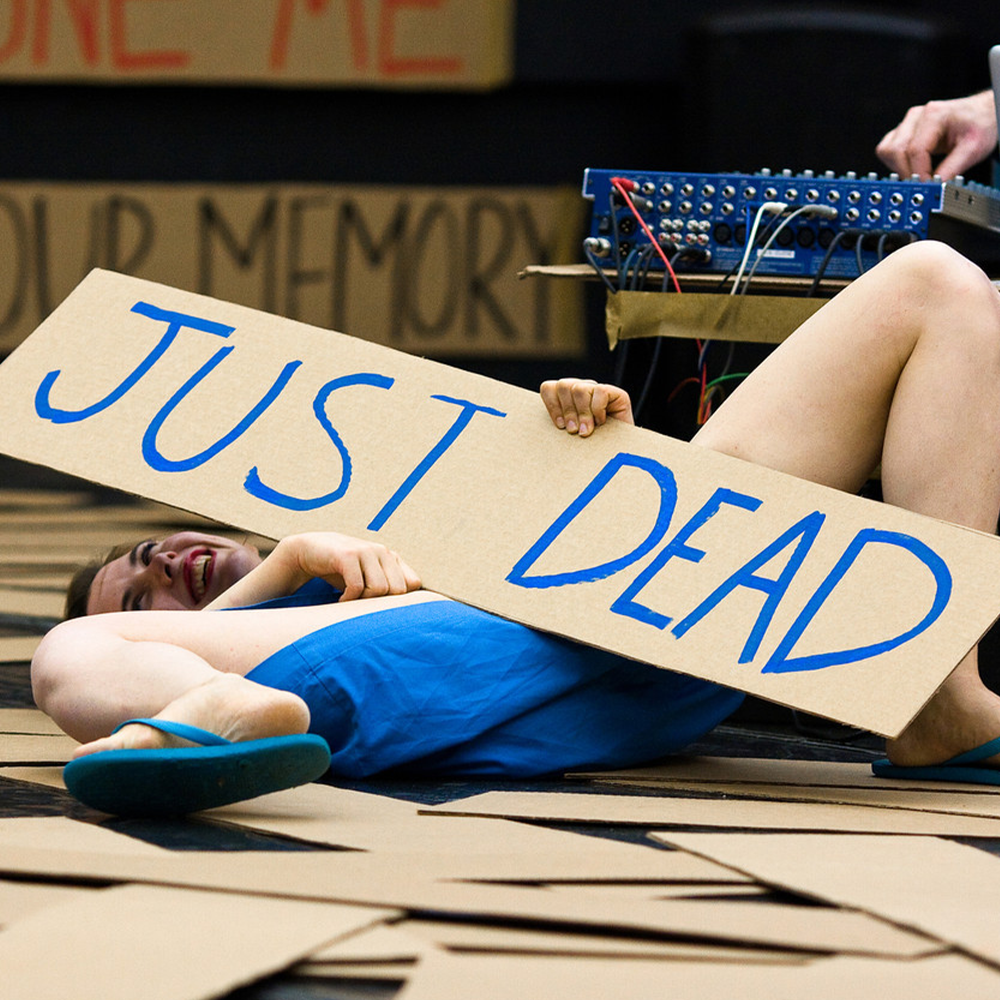