Peggy Shaw had a stroke in January 2011. The stroke was in her PONS, which rhymes with the Fonz, one of her many role models. Since the stroke she’s realized she has never really performed solo. She has always had a host of lounge singers, movie  stars, rock n’ roll bands and eccentric family members living inside her.

RUFF is a tribute to those who have kept her company these 68 years, a lament for the absence of those who disappeared into the dark holes left behind by the stroke and a celebration that her brain is able to fill the blank green screens with new insights.

RUFF, the latest in a line of Peggy Shaw’s solo performances this time written with Lois Weaver, reveals her humorous and musical perspective on age, gender, and bravadacio. RUFF was commissioned by PS122′s Ethyl Eichelberger Award (NYC) & Out North Contemporary Art House (Alaska). RUFF is supported by a Wellcome Trust People Award. 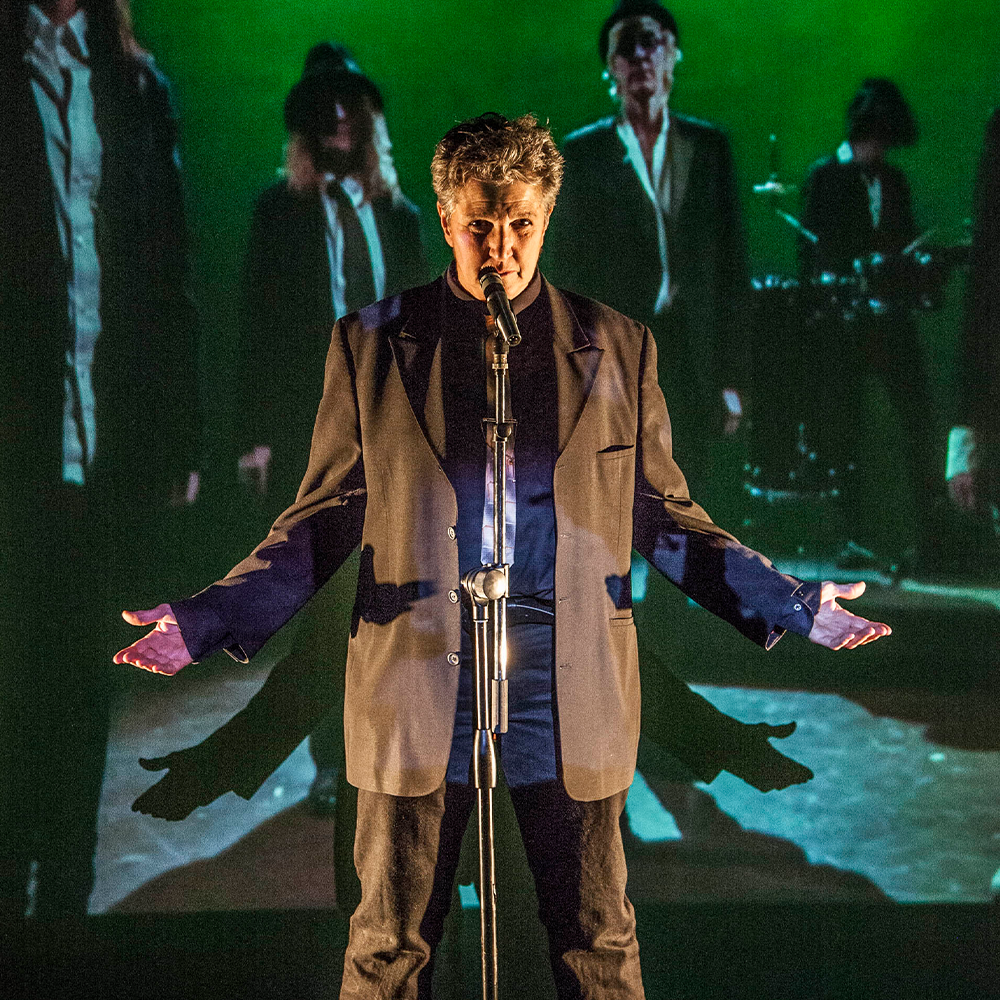