Born in Blackpool, Hoyle came to prominence in the 1990s as the Divine David whose lacerating social commentary – targeting both bourgeois Britain and the materialistic-hedonistic gay scene, which he called “the biggest suicide cult in history” – was offset by breathtaking instances of self-recrimination and even self-harm. Following a couple of outré late night Channel 4 shows Hoyle killed the Divine David off during a spectacular show at the Streatham Ice Arena in 2000 and retreated to Manchester for “a period of reflection”.

He returned to TV screens in 2005 in Chris Morris’s Nathan Barley, then began performing live again, under his own name. This time round, the chances of serious injury in any given show seem greatly reduced, but Hoyle’s biting satire, bravura costumes, wicked comic timing and compelling charisma remain intact. Hoyle is back, all right.

‘Hoyle is a live artist, someone who performs a cutting, outrageous, larger than-life version of himself. So risky is his act, so fully live in every respect, that it makes everyone watching feel more alive, too.’ Lyn Gardner, The Guardian 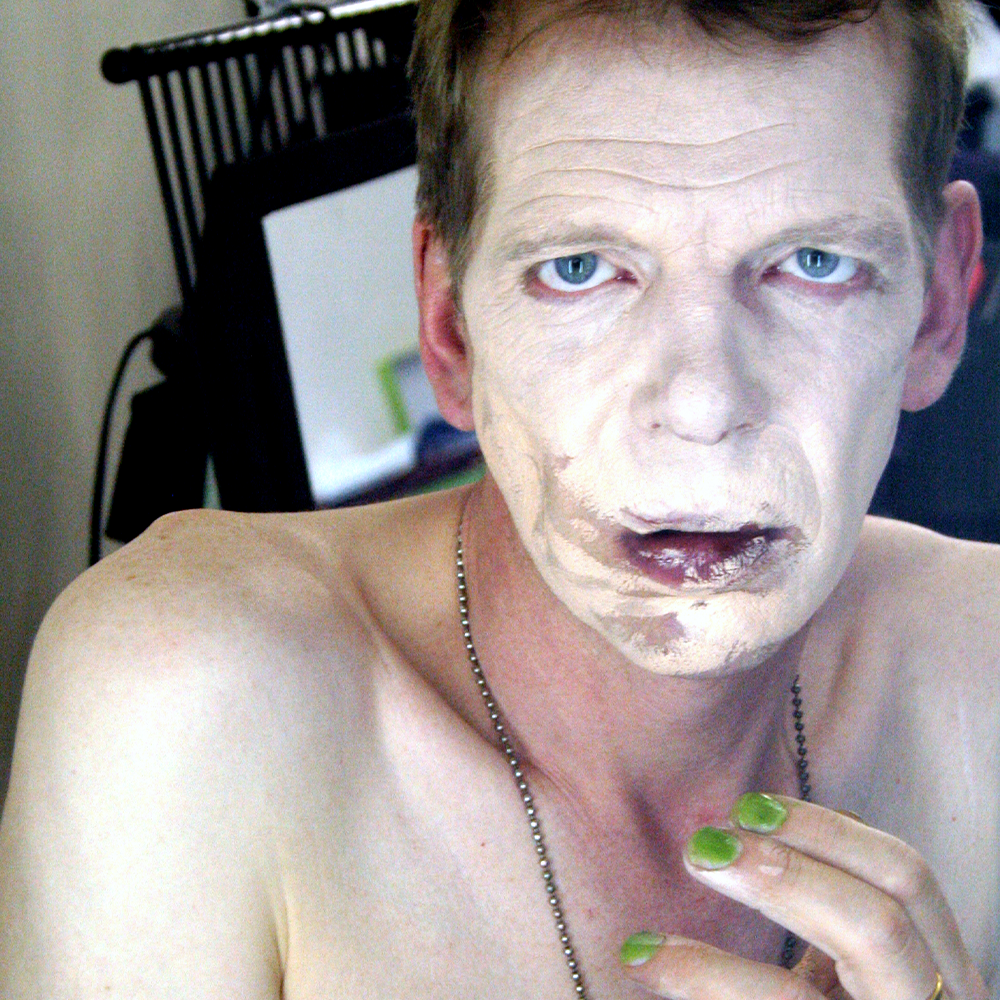