Eleonora is Jochem Stavenuiter’s mother. When he was fifteen years old, she suffered a stroke and, as a consequence, lost her memory.

Rooted in this true story, this honest and profoundly insightful performance is about forgetting who you are. It is about struggling to retain dignity and identity and about weekly visits to an Alzheimer clinic. It is also about hope, the hope that one day she will be cured.

For the past fifteen years, Dutch theatre company Bambie have been creating physical theatre that moves and amazes. Theatre in which the actors work up a sweat while letting their imaginations run riot. With Bambie, slapstick can go hand-in-hand with poetic choreography. This is theatre created ‘on the floor’, and forged by the bodies of the actors. What starts out with big themes and big emotions ends up as pursuits, death-defying leaps, mock battles and soothing rituals. The starting point is the body as reflector of the human soul. Impulses and urges, dreams and frustration are exaggerated until the characters on the stage are almost crushed beneath their weight.

The performance was followed by a post-show discussion between Jochem Stavenuiter and Dr. Sue Eckstein, Lecturer in Clinical and Biomedical Ethics at Brighton and Sussex Medical School, exploring the condition from personal, ethical and medical perspectives. 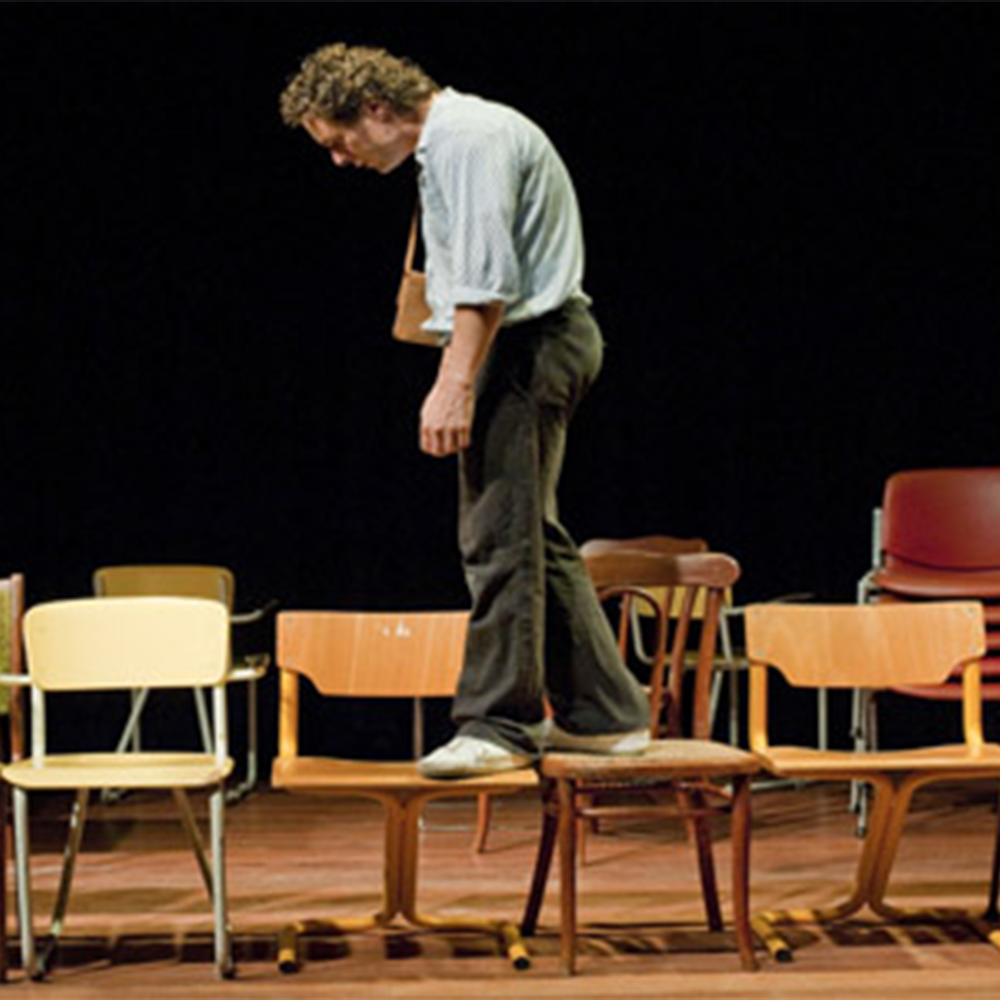