Created especially for SICK! A Wall is a Screen lead an audience of festival-goers and passers-by on a unique, cinematic journey through the streets of Brighton. This free event incorporated a host of SICK!-themed short films in a guerrilla-style intervention, transforming the architectural fabric of the city.

During the daytime, the streets are filled with life, fuelled by the businesses and work places. After business hours certain parts of the city become deserted. These are the places that A Wall is a Screen seeks out and reanimates. It is a combination of a guided city tour and a film night. Armed with a mobile projector, sound system and energy supply A Wall is a Screen makes unexpected connections between film and the city landscape: the location and passers-by seem to interact with the film, become part of it. Street noises seem to have an impact on the action of the plot. Thoughts and places that remain otherwise hidden are made visible. 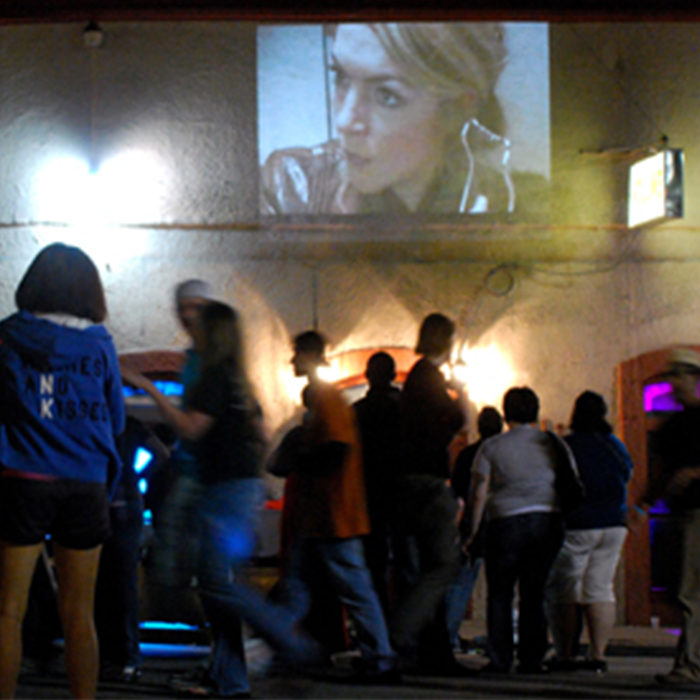